As the Franchise Manager of Bebrite, I have interviewed a wide range of people from different cultures and countries as well as our own Australian husband and wife teams who have made up the greater percentage of our franchisee’s. However, as a woman I have been fascinated, enchanted and humbled by the women who have come into our business and made such a success of it. We give them the proven system but it is those women themselves who make the culture and the essence of Bebrite so significant.

The Bebrite Cleaning franchise system has a large number of women operating very large businesses. They all had different stories of why they wanted to come into a business in the first place and why they wanted to particularly buy a Bebrite franchise. We believe it is because we offer a personalised approach both to the franchisee’s themselves and to the customers as well.

The best things about a Bebrite franchise is that it gives the ability for the franchisee to work at whatever level they wish – they can build very big businesses by employing staff and working on a part time basis whilst instructing and guiding their teams or they can run a small business which, they work themselves at the hours that suit them.

The following are some of the stories, which are a small snapshot of the very successful women in our business. They are all excellent examples of why women want to work with a Bebrite franchise.

Louise’s story.
Louise was a mature age university student – she was unable to find work, which fitted in with her study schedule. She wanted to work only particular days and to leave several free to complete her arts degree. She was able to establish a business, which produced around $900 per week for about 3½ days work. A Bebrite franchise helped her develop a regular client base and to work the hours she wanted for the income she required. Louise finally sold the business when she completed her degree, then married and had a child. Her Bebrite franchise gave her the perfect answer to her situation.

Anna’s story.
Anna had worked in the corporate sector for many years. She was an extremely efficient and resourceful woman who chose to leave the safety and security of a position she had held for a number of years, so that she could experience the freedom and flexibility of owning her own business. She continues to work as a single operator and her income exceeds $1,000 per week. She also keeps herself incredibly physically fit. This is not a long-term project for Anna but the hours and the income satisfy her needs and desires until she moves on to another phase in her life.

Susan’s story.
Susan is another case of a person working at a corporate level for many years. Then as a single mum she wanted to spend more quality time with her child and this was proving difficult in the corporate world. A Bebrite franchise gave her the opportunity to work during school hours and be at home in time to look after her child’s homework and nurturing needs. She has a highly developed sense of what customer service was all about. She is a person who would instantly gains the confidence of a new client. She was a perfect fit to earn a good income and be able give quality care to her child. There is no weekend work and if there were extraneous activities, her customers were flexible to fit in with her schedule. She was able to take time off during school holidays and her customers were happy with this arrangement.

She continues to thrive and her business and family life have a good balance.

Jacqueline’s story.
Lets look at another case study of a woman who has made such a big impact on the Bebrite network. Some years ago a young, vibrant, vivacious woman came for an interview she told me ‘ I have had six jobs in the last six years – I just can’t seem to find a niche for myself – I know I am a hard worker but I just don’t want to work for someone else – I want to work for myself”. From small beginnings this delightful lady took off at a great pace – she quickly grew her client base and then began to employ staff. Pretty soon she was blitzing the market with her energy and vitality. She grew her business to such a level that she was able to split and sell off part of her client base. She became the Bebrite Franchise of the Year 2006. She was able to achieve incomes of between $10,000 – $15,000 per month.

Mitch’s story.
Another of our women came into the business after she had purchased part of a split sale. She was a single mum who also wanted to be able to work the hours that enabled her to take care of her school age child and earn a good income. She is another example of how the Bebrite franchise system has been able to assist young mum’s, help them gain confidence and be successful business women, whilst at the same time they can give their time and energy to a family situation as well. We are proud of our efforts in helping so many women achieve their goals.

Natalie’s story.
Being dynamic and determined are just two characteristics, which can make women take up the challenge to run their own business. Those characteristics were a vital part of the next franchisee that deserves a place in our network history. One of her children was handicapped, however this was never mentioned. All we ever heard was the equal achievements attained by both children – they were legends. Her determination and focus lead to her being able to run a very large business and employ staff whilst at the same time administer to the needs of her family. We salute her for her ambition not only for herself but for her children as well.

Li’s story.
One of the most poignant stories of our women and their success comes from a place deep in my heart. I met a lady some years ago who came to my office for an interview to buy a franchise. She told me her story and it is one I will never forget. I am honoured and privileged to have met her in the course of our franchise business. She told the story of how she, her mother and two siblings witnessed the murder of her father in a war torn Asian country. Her father opposed the government and it’s harsh doctrine. She and her family tried to leave their country and on a number of occasions they were turned back, trying to retrace their steps so as not to upset land mines. Finally, they were able to emigrate to Australia where she helped to educate her siblings by working at a number of jobs and learning to speak English whilst sitting in a train listening to others speaking. Eventually, her dream was realised, her siblings were university educated and had good jobs and now it was time for her to do what she wanted, and that was to own her own business – she purchased a Bebrite franchise and has been one of our greatest success stories. The loyalty and friendships she has maintained with her clients is awesome.

Shirley’s story.
Not all of our significant women have been single operators. There are a number who have joined forces with husbands or partners but without the dynamics of the women in the team, their success could have been lessened. One such case is of an Italian man who hardly spoke a word of English although he had been in Australia for over 30 years. His job did not require him to speak English however when he was retrenched, there were little opportunities for him. He and his wife purchased a franchise and very quickly became a legend in their area of operation. The most important thing is customer service and the ability to engender care and concern for your client. They have been an outstanding success.

There are many, many more similar stories highlighting the opportunities, which exist within a franchise system such as Bebrite, for enterprising women. 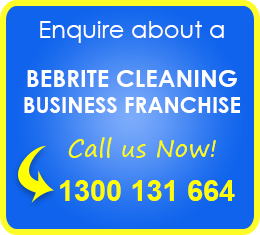 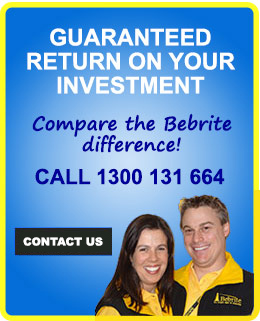 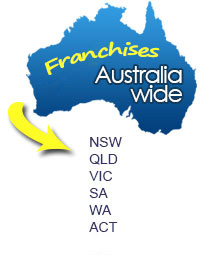